“The intimidation of journalists is always an attempt to silence independent reporting. This is unacceptable in a democracy, “criticizes ROG president Rubina Möhring. Reporters Without Borders Austria will therefore also point this out in a letter to the Croatian ambassador in Vienna.

The Ustascha meeting in Bleiburg is an annual commemoration meeting at the Loibacher Feld near Bleiburg / Pliberk in Carinthia, where also right-wing groups, mainly from Croatia, participate.

Already in the past there were attacks on press freedom in connection with the meeting. Croatia is ranked 64th out of 180 in the press freedom ranking for Reporters Without Borders, and Austria has fallen 5 places from 11th to 16th this year. 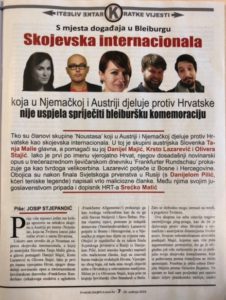 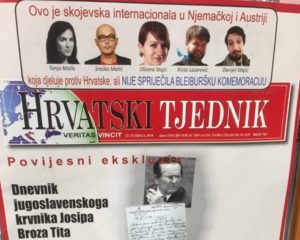